Conan O’Brien introduced the Game of the Year nominees at last weekend’s Video Game Awards and had some short but insightful commentary on Bayonetta’s style.

“She looks like an incredibly dangerous real estate agent. Who really tones her butt. She’s not ashamed to show it, either. Look at the way she’s twisted and torqued. ‘Oh, are you seeing my bottom?‘” 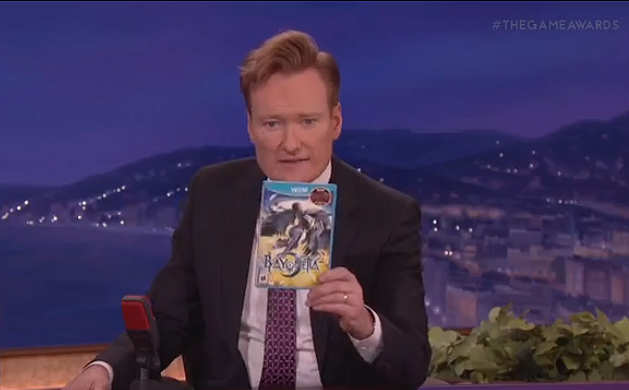